If you write a book, or a bunch of books, one thing that people will ask you a lot is where you got the idea.

I’ve tried to come up with answers that fit into a sentence or two and that sound sort of plausible, but those answers are lies, and I’m fine with that – making up untrue stuff is what I do for a living now, after all.

The truth is that there is this garden I like going to. You probably have one too. The difference is only what grows there and what you try to bring out of it, into the world. When I was little it was my favorite place. There was a path through the woods that came out into a field of monstrous, fanged flowers, and there were fairies there, armed to the teeth, ever at war, and the witch’s house in the shadowy far end of the garden, vines growing over the windows, but I could still peer through… and I remember that my dad would quiz me on directions to what should have been familiar places because he was concerned that I wasn’t paying attention, that I wasn’t taking in the world around me. He was sort of right, because I spent so much time in my garden, which was way more exciting than how to get to school. But it’s not that I was tuning out the whole world, exactly. I went to that garden with my pockets full of seeds from my life, things I wanted to plant.

I’ve planted everything that has ever happened to me here. Everything I’ve ever felt and everything I’ve ever read goes into the ground, and you wouldn’t believe how fast it all grows into something barely recognizable. You’d never guess what went into the earth in the first place from the things that emerge. The earliest stuff goes the deepest. Those roots are thick and powerful, diving right down to the center of the earth, and they bear the best fruit, the strangest flowers with exotic scents. Some of them are poisonous and it’s hard to tell the difference, you just have to trust me. Sometimes a little bit of poison can work as a cure, seriously, I know all about this. I never understood Cinderella, I never knew why the prince was the prize, there was no point in my life when that meant anything to me. It was a story about endurance, and I guess I wanted it to be a story about revenge, so that’s what’s growing on the Cinderella tree – knives, bloody feet, patience and pain, ashes and wonder, and maybe the prince can be an open road instead, or the window of the train and the world speeding by and just that feeling of being in motion, being on your way, being free.

So let’s say there’s a high point, up a slippery hill, and I go up there sometimes when it’s storming just to get hit by lightning. Let’s say it’s almost always night in this garden because that’s how I like it. At the bottom of the lightning-blasted hill there’s a swamp, and deep under the muck lives a swamp monster, a writhing, reptilian beast that surfaces sometimes to bellow his rage. Let’s say that I wanted some of that rage – rage being one of my favorite things that grows here – and so I went in to try and harpoon the beast and pull him out. I spent the whole morning (which was night, remember) flailing around in this foul-smelling swamp with my harpoon. I swear I nearly drowned about seventy times. Finally I got him and I dragged him out and I looked at the clock and realized I was late to pick my kid up from school. I ran all the way there, dripping swamp muck everywhere, weeds in my hair, stinking to high heaven with this thing flopping and roaring on the end of my harpoon. On my way down the street (realizing as I go that I left a shoe in the swamp dammit and what unearthly sort of prince might find my sneaker in those murky depths and what do you think he might do with it?) my neighbor spots me and gasps and says “What have you been doing?” and since this is currently how I make my living I stick my chin out as I go sloshing past her porch, and I say, “I’ve been at work.”

My son’s first grade teacher tells me he’s having trouble focusing. He never finishes his phonics worksheet, she says. I try to imagine his garden, I see him running with a pack of wolves across a wide open plain, and I think, well, obviously. “Oh dear,” I say. “Hmm,” I say. I try to hide the swamp beast and the bloody harpoon behind my back. “I’ll talk to him about it,” I say. On the way home, I make myself ask him. Your teacher says you aren’t paying attention. He sighs and looks crestfallen. “I just can’t stop thinking about Harry Potter,” he says. Then we go out for ice-cream. All I can think is I’m so happy for him. This is something I understand.

I dig until my nails bleed and pull up my worst nightmares. I can’t say why I like doing this, but I do. The fruit trees hang with everything I want the most, and I won’t tell you what that is but let’s just say I’ve never longed for peace of mind. I love this overgrown tangle, I love the smells and the dark, the brambles and thorns, the way the ground might give out suddenly, just open up and swallow you. That will change you – having to dig your way back out from under the ground. Who knows what you’ll be when you reach the surface again.

If you want to know where I’ve been or why I wrote this thing, I can’t really explain it. It’s not like I can take you there. But for a long time now I’ve been bringing things out, because I do want to share whatever I can. I don’t know where that compulsion comes from either, but it’s as powerful as the desire to go into the garden in the first place: I want to give you something. I want to bring you a present from this place that is more mine than anything else has ever been mine.

That’s the real answer, I think, or the best lie I can come up with. I’ve been in my garden, and I picked you this bouquet: 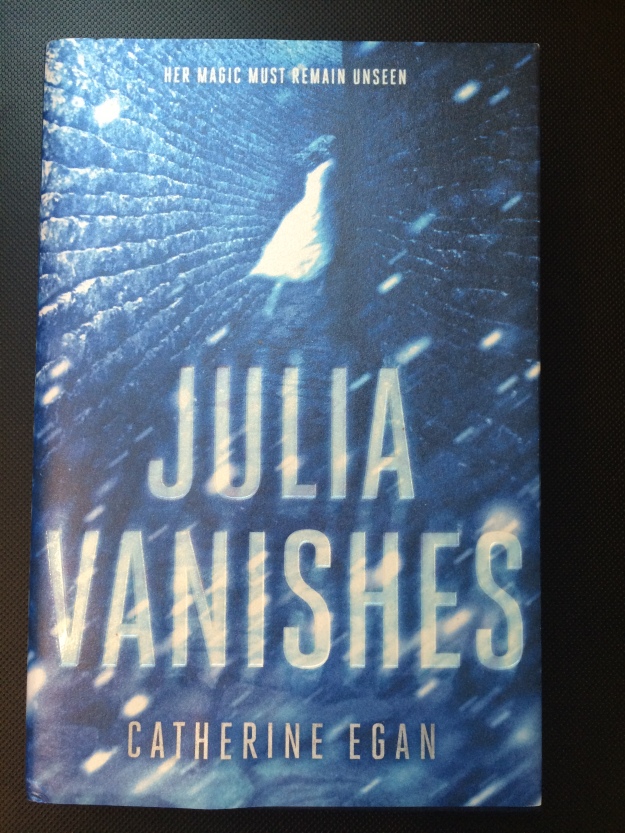 4 thoughts on “This Bouquet”